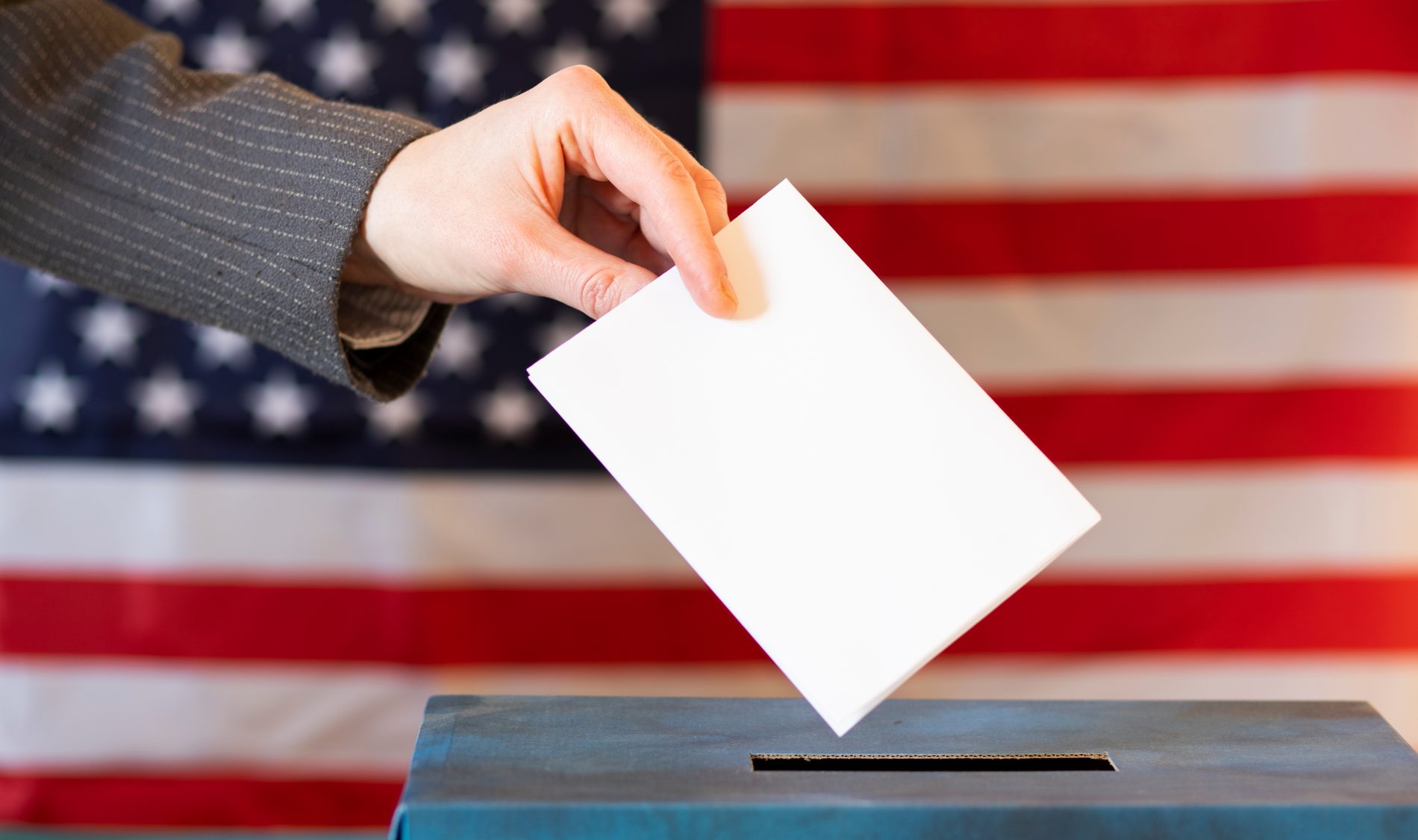 We were pretty euphoric in the West in the early 1990s and had every reason to be, especially those of us working in government. The fall of the Berlin Wall in 1989 was shortly followed by the break-up of the Warsaw Pact and the dissolution of the Soviet Union, which I witnessed first-hand when serving in the British Embassy in Moscow.

In Poland, Hungary, Czechoslovakia, Romania and Bulgaria the security services and structures of repression that existed under communism were disbanded. Elsewhere in the world democratic values were winning. In China we saw the Tiananmen Square protests, in South Africa the repeal of legislated apartheid had begun and in South America, Brazil and Argentina returned to democracy.

Western models were enthusiastically copied. In Moscow, we renegotiated the very substantial Soviet foreign debt to allow the new Russian Federation to reform its repressive totalitarian system. Eastern Europe similarly benefited from debt relief and technical assistance. Some critics, however, accused the West of being small minded and insufficiently ambitious in addressing the changes in these emerging markets. No-one disputed that the US was emerging as a hyperpower.

But even back then there were warning signs. In the Russian Federation the security apparatus was never truly reformed; operatives did not disappear but instead adapted to the new circumstances. President Putin was himself part of that process. Perhaps the clearest warning sign, however, was the civil war in Yugoslavia, fuelled by racism and nationalism, which challenged the ideology of Western democracies and contained some of the seeds of what was to come.

Challenges to democratic values were allowed to develop unchecked. The successful repression in China happened before our very eyes, while Russia and its surrounding countries developed into chaotic, mafia-type states where the return of authoritarianism would carry a certain appeal to the people.

Move forward 30 years and we see a completely different landscape, which I would characterise as a crisis in our democracy. Over the past five years in particular we have seen the rise of populist, nationalist, and often corrupt political leaders, even in solid Western democracies. The popularity of Viktor Orbán in Hungary and Jaroslaw Kaczynski in Poland illustrates the extent to which progress has been pushed back. In France, it is astonishing that Rassemblement National (formerly Front National) is now the main opposition party when you consider its values. Similarly, Brazil’s President Bolsonaro, a far-right former army captain dubbed the ‘Tropical Trump’, is a controversial figure who has praised the country’s former dictatorship.

These populist strongmen appeal to what they term as ‘the victims of globalisation’ or to what former President Obama termed ‘the politics of fear and resentment’. Tony Blair, the former British Prime Minister, made the bold assertion 15 years ago that democracies going forward would not be divided between Left and Right, but rather would be split between those advocating open societies and economies and those advocating closed societies and economies. As events have unfolded, we can see he was right: after a strong period of globalisation in the first decade of this century, we have seen in recent years a much clearer trend towards protectionism, populism and nationalism.

We are witnessing the lauding of an authoritarian style of leadership by presidents such as Putin, Erdogan and Trump who focus on interests (often their own) rather than values, frequently bypassing the checks and balances of legislatures and the court. In America, the apologist attitude of the Republican party to ‘the Russian threat’ illustrates how far they have entirely abandoned their traditionally strong agenda on national security. It is astonishing that core national security has become a partisan issue in America.

Politicians come and go, but institutions are there for the duration and the threat to these is much more serious. The US Department of Justice, which previously commanded a huge amount of respect internationally, has been politicised and could now be mistaken for the personal law firm of Donald Trump.

Dishonesty and lies in government seem to go unsanctioned. In the UK, the controversy in the Supreme Court over the decision to prorogue parliament last year has called into question our own institutions, as does the government’s apparent intention to renege on its own EU withdrawal agreement, consequently breaking international law. Thus, Western democracies are now emulating the traits of authoritarian powers.

The corruption of our institutions was aptly illustrated by the treasure trove of US Treasury Suspicious Activity Reports leaked by the International Consortium of Investigative Journalists (ICIJ), which contained a litany of large-scale corruption and money laundering, particularly coming though the UK and its dependent territories. One stark example is the case of leading Russian organised crime figure Mogilievich who was able to bring $200 million on shore into the UK economy through a very thin financial cover vehicle.

We have become addicted to the flow of wealth out of authoritarian countries, much of it based on hydrocarbons and other raw materials. Whilst there is a compulsory reporting system of suspicious activity in place, at least in the US, there does not appear to be any real legal deterrent to this type of activity. This is well understood by those engaged in it. Russia, China, Turkey and even Saudi Arabia see a green light to interfere in our system, to launder their money through it, and unashamedly pursue their own nationalist interests which go against our values as Western democracies.

Interference in our system can be seen by the extent to which Chinese and Russian state-owned companies and banks have managed to co-op swathes of our establishment. You may be surprised at the number of members of the House of Lords co-opted onto the Boards of these companies, which often pursue not only economic and commercial objectives but also hostile strategic and political ones.

Chinese investment in emerging markets has rocketed in the past decade as part of the Belt and Road Initiative, an ambitious programme to create a new Silk Road of trade routes around the world in a bid to increase Chinese trade, economic growth and influence. Under this initiative, Cambodia has borrowed the equivalent of 30% of its GDP, Pakistan 11%. These were seen by the borrowing states as easy loans with few questions asked about the ability to repay and none of the rigour that would be applied at the IMF or the Asian Development Bank.

The sting comes in the tail, as Sri Lanka found when its government granted China an 85% stake in a 99-year lease on a major port in Hambantota after a decade of deepening debt ties. Critics worry that China could use this ‘investment’ or ‘debt-trap diplomacy’ to extract strategic concessions more widely.

The Asian Infrastructure Investment Bank, with an initial capital base of $100 billion, was clearly established by the Chinese as a competitor to the Asian Development Bank and the International Bank for Reconstruction and Development (a global development cooperative owned by 189 member countries). This will have a long-term strategic impact on Western influence and our ability to propagate our way of life and our values.

The survival of democracy requires politically educated citizens informed by reliable knowledge. Western democracies have always upheld standards of objectivity and reporting in their media, but the largely unregulated ‘news’ served up on social media has severely undermined this in real terms. Whilst recently social media has attempted to clean itself up, fake news and the activities of bots have had a huge impact on elections. In the past, elections were the apogee of democracy, the high point of debate and choice, but there is a deep worry that elections have become a point of vulnerability and that fringe media and unchecked abuse of Twitter are damaging our way of life and model of governance.

Most seriously of all, science itself is being undermined. We can see how anti-vaccine propaganda in social media is supported by countries like Russia and China in clandestine ways to sow divisions and weaken our society. The Covid-19 pandemic should not be a bipartisan issue and leaders should be guided purely by science, yet in the US there is a clear ideological divide on things as basic as wearing a mask. Again, countries like Russia and China are involved in stirring up doubts on how to manage the pandemic.

Despite Trump losing the election, he continues to attack democratic values by refusing to concede. Thus, we are a long way from when I was first in government in the late 1980s and full of optimism that our way of life and our system were going to triumph and predominate going forward. At that time President Reagan spoke of America as a ‘shining city on a hill’; everyone aspired to that form of governance, its democracy, tolerance and open society.

I would argue that it is very difficult now to claim that we are in any way an inspiration to the rest of the world. I do not believe that anyone in emerging markets will be looking up to the West as a model to be emulated. It is a depressing thought, but true. We have to face up to this crisis in Western democracy before we can begin the fight to reclaim the values that we should stand for, and the institutional strengths that come from being democratic and representative of our population and our electorate.