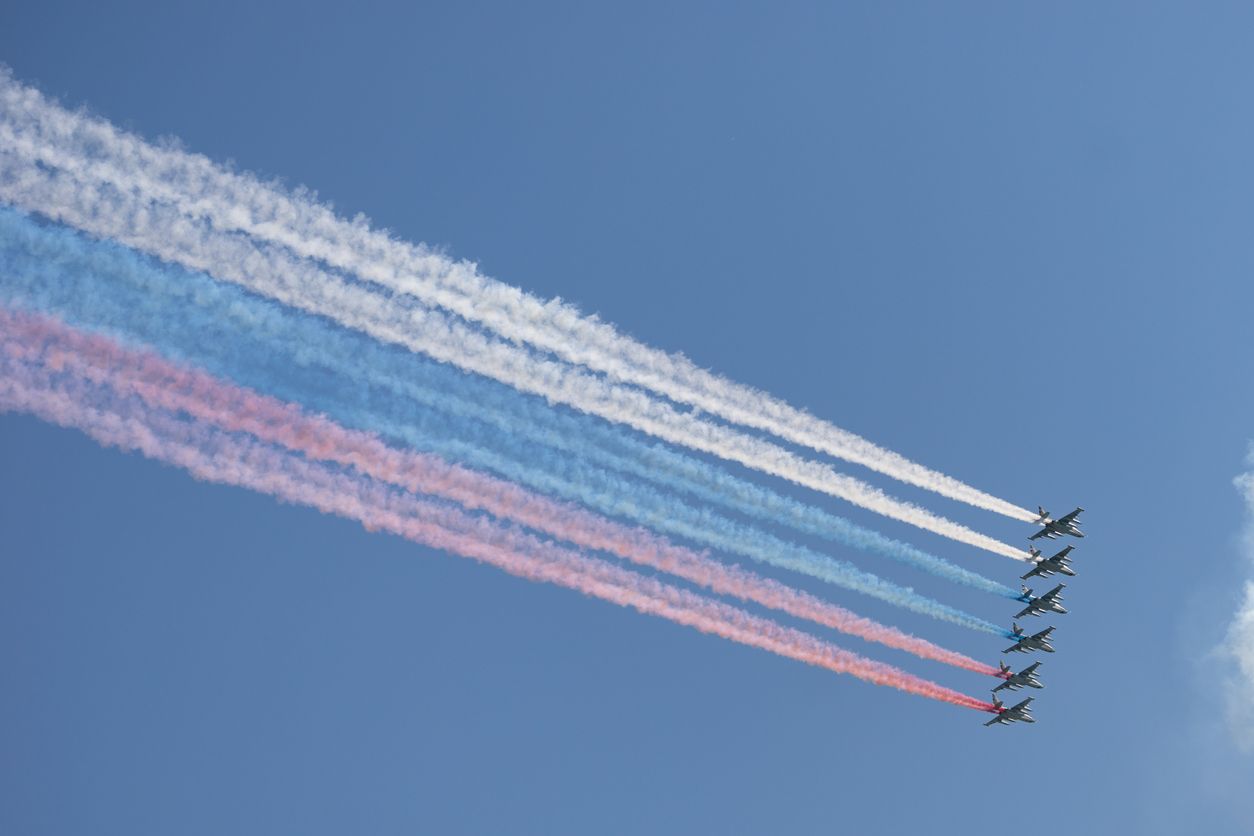 Low ratings ahead of the constitutional vote

His ratings hit historical lows as Russia has been plagued by a severe outbreak and tried to cover it up. As his citizens have suffered economic hardships and a well-reported lack of medical supplies and resources, Putin has kept himself isolated for the last three months firmly outside of Moscow – the city worst hit by the virus.

Putin’s reputation, image, and ratings are low, perhaps too low to secure a fair (or perhaps more accurately, a believable) win in the constitutional vote on 1 July. Consequently, in what is widely thought to be a move to improve his ratings, Putin has confirmed the delayed May Day Victory Parades will take place on 24 June to commemorate the end of The Great Patriotic War (Russia’s name for World War II).

Sold as a means of honouring fallen comrades, this is in truth, for lack of a better phrase, Putin’s Parade. He has spent the last two decades of his rule making it an event every year – giving it a festival atmosphere; parading Russia’s military units and hardware; projecting strength and promoting a sense of greater Russianness and unity.

It is less an opportunity to peacock to his enemies, and more for Putin to remind Russians what he has achieved in their name, or sought to achieve, whilst in power. Military might and prowess, and the presence of carefully shielded veterans – reportedly being housed in isolation in nearby sanatoriums to ensure healthy attendance – is meant to serve as a distraction from the economic hardships the country and most of its citizens are facing.

No matter the success on the day, and it will be a success despite Moscow’s mayor Sergei Sobyanin encouraging Muscovites not to attend and despite the lack of foreign dignitaries including French President Emmanuel Macron, it will only provide a brief distraction from the future struggle Putin and Russians face. It may be just enough to boost morale and Putin’s ego ahead of the vote, but it will not solve the greater problems the country is facing.

Oil’s jump up to $42 a barrel (the minimum for Russia to balance its budget) does not look likely to last in the long run. Unemployment is up by at least 30% and living standards are down. The long-term impact on public health is not yet understood, and likely won’t be for a long time given the lack of trust in the official statistics.

Further, as the world has collectively suffered with the pandemic and reduced imports of fossil fuels and other natural resources, the core powerhouse of Russia’s economy has nosedived. In 2014, Russia faced economic hardship and although it worked somewhat to reduced reliance on fossil fuel exports, critics and economists widely noted back then it was not enough.

This has come back to bite Putin and the Kremlin. The question now, is how will they manage this and the potential political and economic fallout?